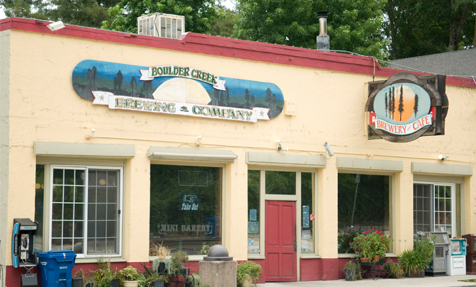 The Brewery was established in May 1989, and it is 13th modern microbrewery every to open in the state of California. There were many awards won through the years, but the proudest fact about Boulder Creek Brewery & Café is the fact that it is a community-friendly business with employees in the first place. Before […] 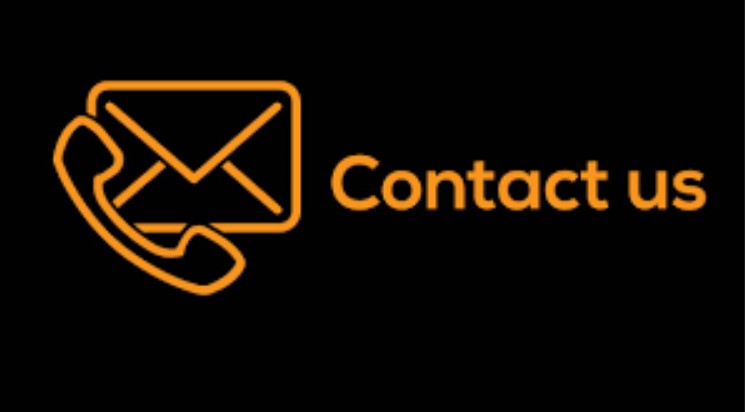 Hi, The Brewery cares about their customers, so your feedback is much appreciated. If you have any claim, bad experience, or something important to suggest to us, please do so! Business proposals are welcomed, and feel free to send us open job applications. In case of need, we can give you a call and arrange […] 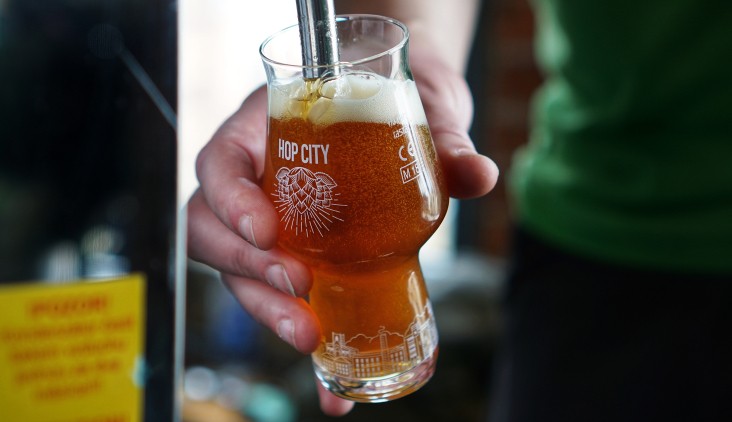 Probably the most famous of all crafts is IPA, favored by many and the first thing that people think of when ‘craft beer’ is mention. The acronym stands for Indian Pale Ale, and this beer is all about hops. If you like earthy, citrusy, fruity, bitter, and floral flavor then IPA is the perfect beer […]

We are proud to be an award-winning brewery that is creating hand-crafted beers and serves amazing food since 1989. Our house is community and family-friendly, and we are sharing our joy for beer by creating unique crafts.

We want to share our passion for the beer, and educate you about it, so if you are a beer rookie here is a small beer school for you.

THE ART OF BREWING

When the water, starch, yeasts, and hops interact with your regulating interference you get the process that is called the brewing. The end result is all-mighty beer. We could simplify it as much as we can, but brewing is a very difficult process because you don’t get awesome beers by a simple combination of the ingredients. If the things were easy as that all the beers and flavors would be the same. We could easily consider brewing an art since there are so many elements and ingredients in the process that we need to handle and the end results come in so many ways. When making a beer, we are responsible for many factors, but we need to thank yeast for the process of fermentation. Fermentation is processed when yeast is feeding on sugars that we get from grains that we use; when the yeast is feeding on sugars it creates alcohol.

Beer is without a doubt, one of the oldest and most consumed alcoholic beverages, and its production and use originates in ancient Mesopotamia, between the Euphrates and the Tigris, 2800 BC. People began to make beer at the same time as bread was baked, and it became an integral part of the culture: it was a currency in the trade and paycheck for workers and the offering to the gods in the temples. Some were quite radical by saying that because of beer, people started growing cereals. The story of beer is as old as the story of bread, so the question is, what came first, beer or bread? It is believed that beer has been invented by women, so in Mesopotamia, they celebrated and worshiped an old Sumerian beer god, Ninkas, and the Finns believe that the beer was invented by three women: Osmotor, Kapo, and Kalevatar. The beer is obtained by incomplete boiling of the aqueous extract of barley or wheat malt, with the addition of hops, and its main constituents are water (more than 90 percent), ethanol and carbon dioxide. In 1516 the Bavarian beer purity law Reinheitsgebot said: “Beer is made from barley, hops, and water.” This law is held by the Germans, while others liked to add cheaper corn and rice.

It is generally said that the most important brewing countries are the Czech Republic, Germany, and Belgium. As beer is a global product many other countries have shown great beer culture, especially in the crafts. For example, if you ever decide to check what the things to do in Split are, you might end up tasting amazing crafts at Lab’s Barba craft brewery.

There is a wide range of factors that has an impact on beers quality, flavor and clarity, like the yeast, temperature and fermentation, hops and alcohol content and ingredients. Ale is a beer that is brewed using a warm fermentation method, which results is a sweet and fruity taste. It has a bittering agent to balance the malt, originally with fruit, a mixture of herbs or spices boiled in the wart before. There are a wide variety of flavors that ale yeasts provide to beer: spanning mango to pineapple, banana, clove, vanilla. Lager is a beer that is conditioned at low temperatures, distinguished by the use of ‘Saccharomyces Pastorianus’ yeast, a “bottom-fermenting” yeast that also ferments at relatively cold temperatures. Lagers can be pale, amber, or dark; it has clean, crisp flavors that showcase beer’s other main ingredients: grains and hops. But what is the determining factor between these two beers? For sure, yeast. Ales and lagers are each made using different strains of yeast. Lagers are brewed using bottom-fermenting strains of yeast held at colder temperatures (around 40-52°F), while ales are brewed with a top-fermenting yeast that operates at warmer temperatures (around 55-77°F). Because of their warm fermentation, ales can generally ferment and age in a relatively short period (3-5 weeks). On the other hand, lagers take much longer to ferment (up to 6 to 8 weeks) because they are cold fermented.

We have already agreed that beer is one of the oldest and most consumed alcoholic beverages and that only drinking beer along with your friends can be really fun, enjoyable and casual, cause honestly, most people like beer. But is it a simple thing to do? Not really! The taste of the beer depends on several things like flavor, aromatics, and mouthfeel. The flavor and aromatics can range from fruity, roast, toasty, malty, phenolic, floral, herbal, citrus, spicy, meaty, chocolate, toffee, biscuit, caramel, earthy, pine, and grass. The rule of tasting beer is actually very simple: just look, smell, and then, of course, taste, but at first, put it to your nose and give it a few very short sniffs, and concentrate on the sensations, then take a sip or two, and then take your tasting sip, so you get a real sense for the beer s mouth feel. Relax and take a deep breath. Just enjoy the whole process and try to perceive all the flavors and aromatics, described in the sidebar. And, don t worry in time, you will get more knowledge along with your concentration and practice and become a pro, so your beer-drinking will get more enjoyable, and the good beers will just get better than ever.

We all like to drink beer, but often we don’t even think about the aspects that make the difference between good and bad beer, and one of them is a temperature, that surely has a lot of impact on a drink. You wonder why? Every beer lover enjoys drinking it cold because it is so refreshing, especially on a hot summer day if you take a Krka tour from Split, but if the temperature is too cold it can easily reduce aromatic volatility causing them to linger in the beer, masks many flavors and also impact on its carbonation, so it can become tasteless, thin, and unpleasant to drink. Of course, no one likes a warm beer, but the range for beer drinking is basically between 35F and 55F, but it is still not perfect for beers. It all depends on a beer style and the whole brewing process, and let’s not forget about the tradition, so usually darker beers are served warmer than lighter beers, lagers are served colder than ales, stronger beers are served warmer than weaker.